There is no App Note 16. (Well, there is, but Jim Williams didn't write it. Bob Widlar wrote it about his LT1010 fast power buffer.) So we'll skip App Note 16 and go to App Note 17 tomorrow. 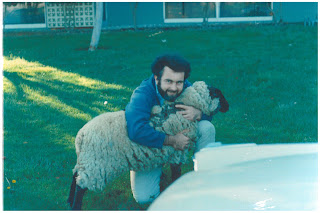 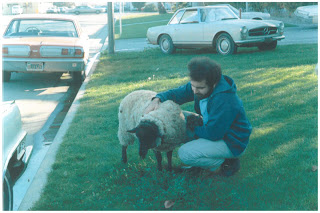 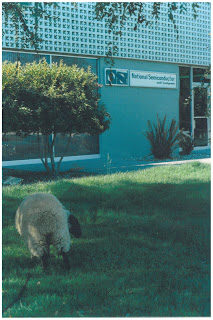 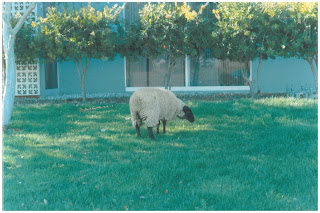 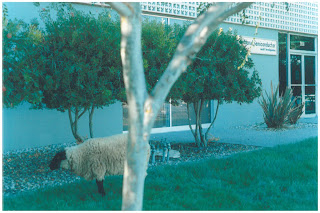 
Unfortunately, the above link to National's web site is now dead (thank you, Texas Instruments, that's great!), but here's the text that Pease wrote:


First of all, Widlar did not bring in a goat to chew down the unmowed lawns at National (when the money for gardeners was cut back). That would be absurd. Widlar would not do that. What he brought in was a sheep. I can prove it, because Fran Hoffart showed me a picture of the sheep.

Widlar brought the sheep in the back seat of his Mercedes-Benz convertible. That would be nice to document with a photo, but Fran didn't get a photo of the sheep's arrival. However, Bob Dobkin told me that he drove up with Widlar and the sheep, after Widlar bought the sheep in Morgan Hill for $60. Dobkin said that after the sheep was tied up to a tree in front of National's headquarters, the news photographers only took 20 minutes to show up. At the end of the day, Widlar went over to a bar (Marchetti's) and took the sheep with him. He left the sheep with the bartender.

Originally published in Electronic Design, July 25, 1991.
Posted by Doctor Analog at 6:37 AM

This is the first time I have seen these pics in colour! Thanks for posting them.

These pictures were taken by Fran Hoffart, now a Linear Tech application engineer, but then a co-worker with Jim at National Semiconductor. I think it was around 1970 or so.

I was looking up Widlar stories and came across your site. Here's a currently-working link to Bob Pease's article about the goat: http://electronicdesign.com/analog/what-s-all-widlar-stuff-anyhow

And, the original page in the wayback Machine: