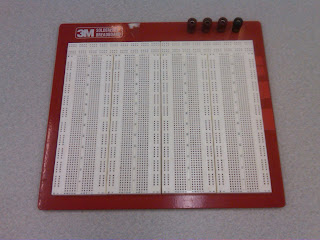 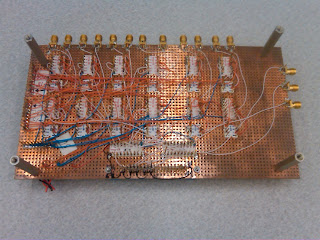 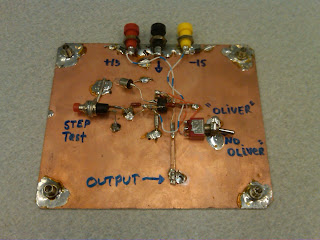 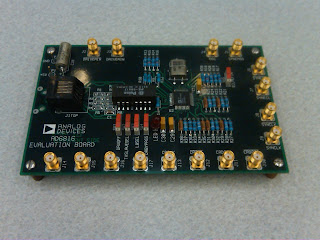 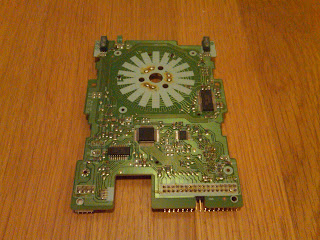 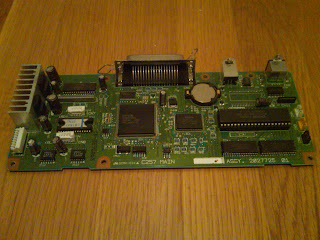 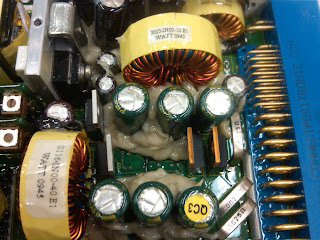 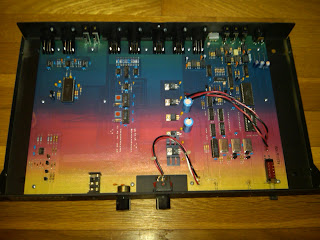 Next week, I'll talk about some of the proposed class projects.
Posted by Doctor Analog at 8:25 PM

Wouldnt the top traces on excibit D have another colour if the sunset was in the FR4? My bet would be a coloured solder mask, but I guess it would be easy to see if one looked at the edge of the board...

Good observation. It's both! If you look at the edge of the board, you can see that the fiberglass layers are colored, too.

Unfortunately, my camera doesn't have a good macro lens, so I can't get a good picture of it. I'll try find a better camera and post a photo.

The "Oliver"/"No Oliver" switch adds distortion to the op amp, which affects the settling time of the amplitude. The name is in reference to a paper written by Barney Oliver while he was director of Hewlett-Packard R&D, called "The effect of \mu-circuit nonlinearity on the amplitude stability of RC oscillators".

All these posts are rather interesting but I really miss the ones commenting app notes.

I want to use you photographs "Jim's light-bulb Wien-bridge oscillator" in my documents with Wien-bridge.

I hope to get permission.

Different images of trade shows are looking very attractive and amazing, I enjoyed the trade show via images.prototype pcb assembly