This post is Part Two of my California trip report. Last week I wrote about shopping at Excess Solutions, HSC, and the Pacificon Swap Meet. This week, I finish the story with my experiences at WeirdStuff. 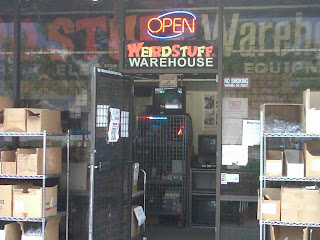 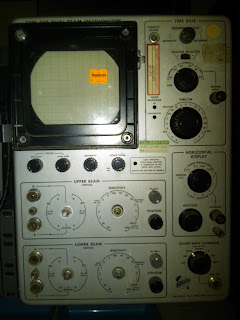 The broken 7904 ("No power") is still on the shelf as well. I admit that I don't know anything about running a surplus store like WeirdStuff, but if your inventory isn't selling (and it's been a year for the 502, and at least 18 months for the 7904), shouldn't you lower your prices? Wouldn't inventory turnover be more important than waiting for that one buyer who's going to pay top dollar? Especially if people are stealing the knobs in the meantime? 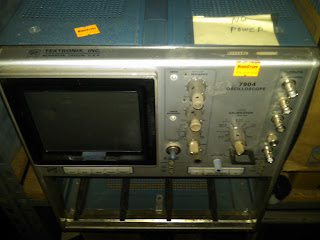 A few other over-priced items also caught my eye. There was a Type D plug-in unit, missing all of its knobs and tubes, for $10. (I might pay $10 for a complete one, but then again, I already have a few of them.) 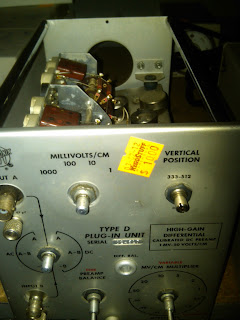 There was a Tektronix 529 TV Waveform Monitor (also missing a few knobs) for $100. Way too much (the $30 price tag was for the cart, not the monitor). 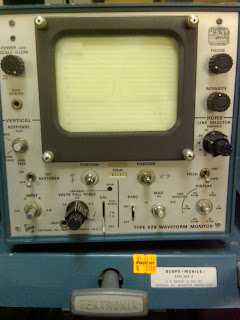 Seriously, though, I hope that they catch the degenerate low-life that's stealing all the knobs off these scopes and pull out his fingernails. Slowly.

I'll close here with a last picture from the Pacificon Swap Meet. Instead of paying $250 for a broken 7904 without plug-ins at WeirdStuff, you could have bought a working 7904 with plug-ins and cart at the Swap Meet for $300. I still think this price is too much, but only by a factor of two, instead of a factor of ten! 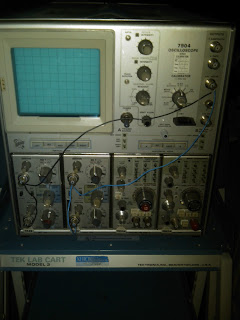 Posted by Doctor Analog at 6:00 AM No comments: